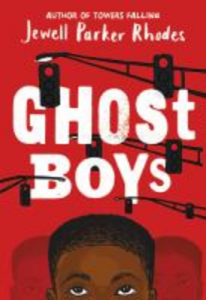 “When 12-year-old Jerome began playing with a plastic toy gun in the park, he had no idea that he’d be shot down by a police officer mistaking him for a ‘criminal’ with a ‘lethal weapon’. He also had no idea that he would come back as a ghost and have to witness the repercussions that his murder had on his family, community, and the daughter of the police officer who shot him. A powerful story that provides a stark look at what it means to be black in America.”